Developed by HTC and Valve, the Vive was designed for consumers and independent game developers. The VR utilises ‘room-scale’ technology which hypothetically transforms a room into a 3D space via sensors. 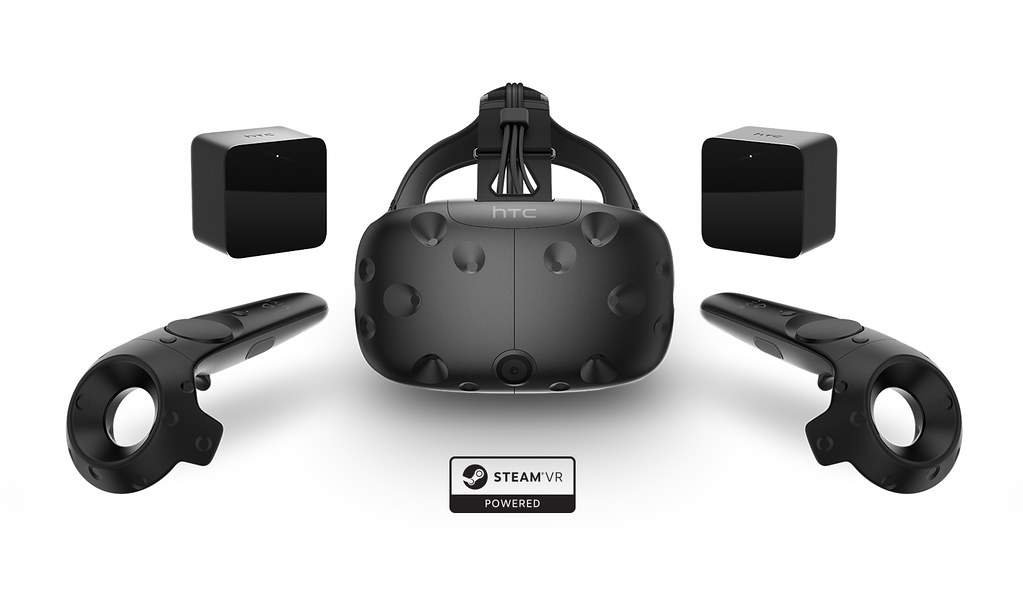 The Vive creates a completely virtual world that allows the user to naturally navigate the 3D environment and the player has the ability to walk around with their movements being tracked via the motion-controllers. These motion controllers allow the player to manipulate objects freely.

Being regarded as one of the greatest tech innovations, the Vive received 22 awards at the CES 2016 tradeshow.

Prototypes were first demonstrated in 2014 by Valve and first announced by HTC in March 2015. The system serves its purpose through both gaming and non-gaming uses, though it is considered primarily as a gaming system. This can be seen through SteamVR offering native support for the system.

Upon the pre-order date, 107 known and confirmed games were in development for the eagerly awaited system. There is a strong emphasis on independent developer and user developed content on the Vive, with Valves’s steam workshop platform allowing anyone to freely develop games. The team behind the Vive have stated that anybody who wishes to develop games for their system are actively encouraged to so and to contribute to the VR community.

Other than gaming, many applications include practical uses for the Vive. These include healthcare apps, education purposes and Space apps that are known to be used by NASA themselves. SMI (sensomotric instruments) who are a computer vision company, have integrated the Vive to a dedicated eye-tracking solution for professional research and application.

Since time of writing it is estimated that the Vive has sold at a profit at over 140,000 units.